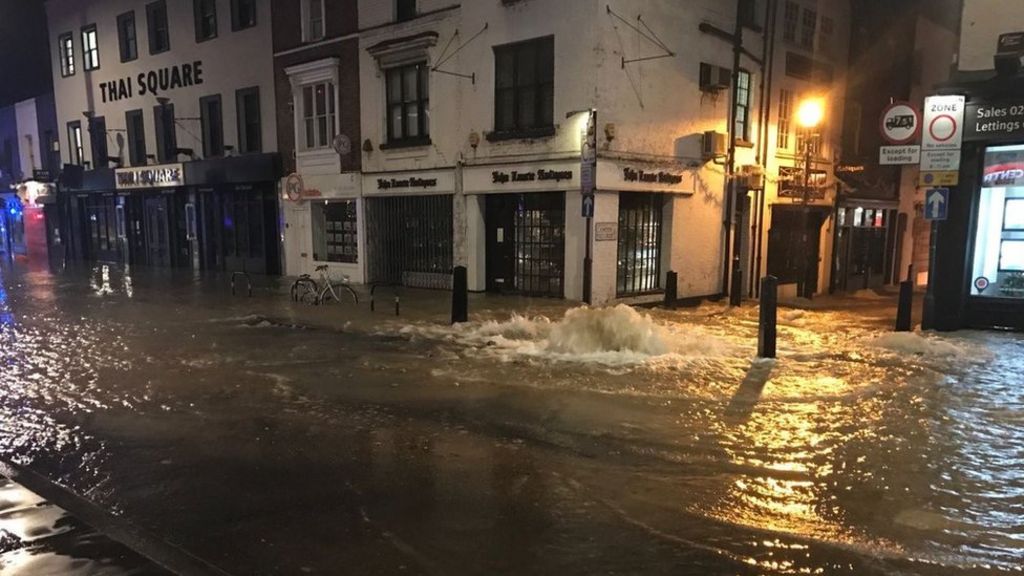 About 100 people have been evacuated from their flooded homes after a water main burst in north London.

Parts of Upper Street, Charlton Place, Camden Passage and Colebrooke Row near the Angel Islington are all closed.

The fire brigade said the water is two metres deep in basement properties on Charlton Place.

Thames Water has apologised and said engineers have stemmed the flow. London Fire Brigade said it was now pumping the water into a nearby canal.

Firefighters from Islington, Dowgate, Whitechapel, Bethnal Green, Shoreditch, Battersea and Edmonton stations are at the scene, and the Metropolitan Police’s marine unit is also helping out.

The Steam Passage Tavern opened its doors to residents whose homes have been flooded.

Homeowner Trevor Turner said: “I woke up at 05:30 with essentially a river flowing down Charlton Place.

“We’re just refurbishing our kitchen. The last bits of the tiling were due to happen this morning and some damp proofing as well.”

“I thought it was torrential rain so I put my head out the window and saw it was a torrential flood instead and then several policemen who were knocking on doors on the other side and said to evacuate.”

Meanwhile, motorists have been advised to avoid the usually busy area.

BBC Travel reports there are long delays in both direction between the Essex Road junction at Islington Green and Angel Station.

Nine bus routes have also been diverted to avoid the area.