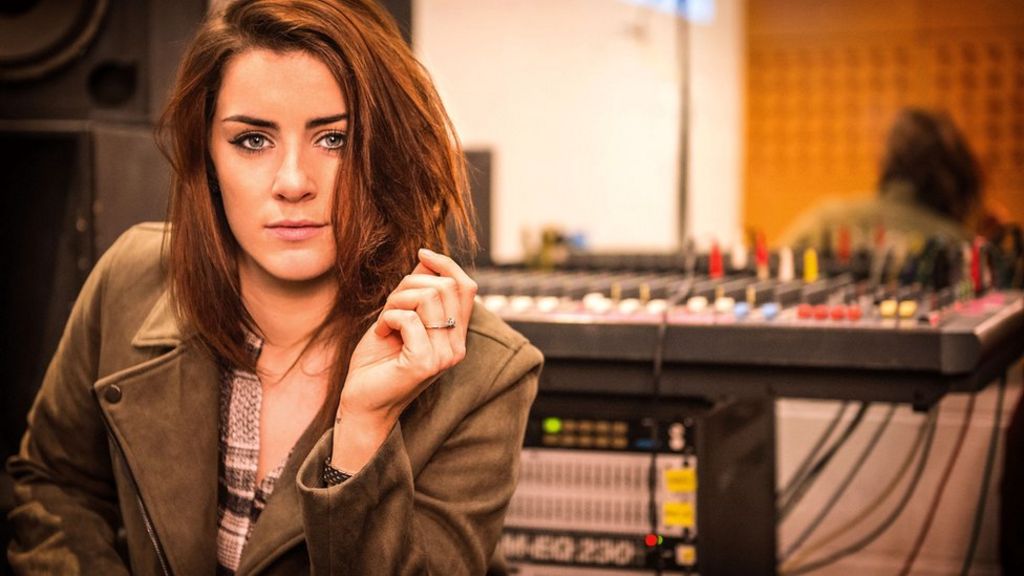 On Friday, former X Factor finalist Lucie Jones was chosen by the public to go to Kiev in May and fly the flag.

She’s already told BBC Breakfast that “the public are calling for changes [to the song] – that’s the great thing about social media… we’re looking into it”.

Eurovision fans on Twitter were split on the ballad, titled Never Give Up on You (interpret that as you wish).

Nicholas Gibb tweeted: “Lucie is actually giving me goosebumps.” Another fan said: “Have this on repeat, our best song in years, you’ll do us proud.”

But some weren’t so impressed, including @Gateauxchoc: “It’s bottom 3. She’s got chops, she needs a song.”

So what do the experts think of our chances?

Eurovision pundit Liam Jarnecki and “superfan” Ben Royston gave us their reaction to the song.

I definitely think we’ve got a chance of doing better than we usually do. I think it’s exactly the right sort of song. I’m pretty sure we’ll do better than we’ve done at any point since 2011.

Some people have contextualised it politically because its easy to conflate Eurovision with the EU, although they’re very different things. Some people think there’ll be some consequence, but I don’t think that’s what most people vote on.

It’s a music competition and I think Lucie is an excellent singer. She’ll be one of the best singers there. And the song is OK. That’s usually enough to do quite well.

I’m not saying she’s going to win but I think she’ll do well and we could get on to the legendary left-hand side of the scoreboard in the top 13! I think she’s our best bet for a long time, certainly since we put Lord Lloyd-Webber on stage in Moscow (in 2009 with Jade Ewen).

Lucie’s one of the people who is so talented. She stood out on the X Factor – she almost transcended it as a contestant and she had that classic British underdog thing where she was beaten by Jedward [in 2009]. So she’s already been pushed away by the cruelty of electoral dynamics once in her career!

Personally, it wasn’t my choice but I can understand why it won. But it does need a lot of work if that’s …read more