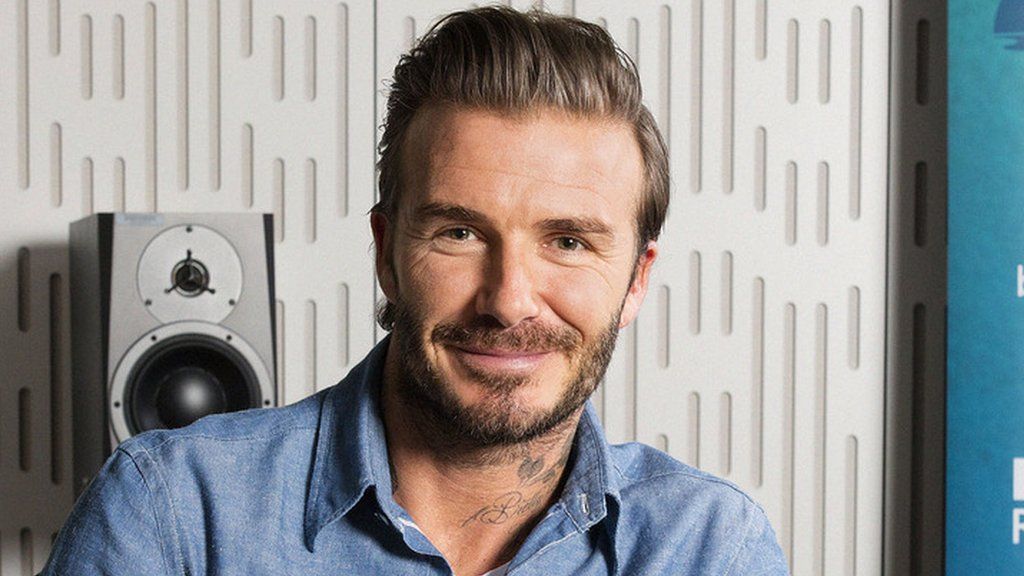 David Beckham has rubbished claims that he and wife Victoria stay together because of “brand Beckham”.

“People have talked about ‘do we stay together because it’s a brand?’ Of course not,” he said.

He told presenter Kirsty Young: “We’re a strong family unit. We’ve got strong parents, we were brought up with the right values.

“Of course you make mistakes over the years. We all know marriage is difficult at times, and it’s about working through it.”

Victoria and Beckham married in 1999 and have four children together.

Beckham’s song choices included Michael Jackson and Paul McCartney’s duet The Girl Is Mine – which he dedicated to his daughter, Harper – and Something About The Way You Look Tonight by Sir Elton John.

“We became friends with Elton, and he was coming to the wedding to perform this song,” he explained.

“We had a phone call that morning to say unfortunately Elton was on the plane and had a heart attack.

“Obviously we were more worried about his health and how he was but we christened the kids a couple of years after that, and he came and performed this song in our house, and it’s a very special song for us.”

Beckham’s other song choices included Every Time We Say Goodbye by Ella Fitzgerald – which he also said was the one song of all his choices he would rescue from the waves.

As his luxury item, Beckham chose his England caps from his international football career.

“I knew that my Dad would be proud of my achievements, but the only time my dad turned round to me and said: ‘You know what son you’ve done really well’, was when I got my 100th cap for England,” Beckham said.

The book he said he would take with him was On Fire by Francis Mallmann – an outdoor cooking book which he said would be useful on a desert island.

Julia Roberts to star in her first TV series