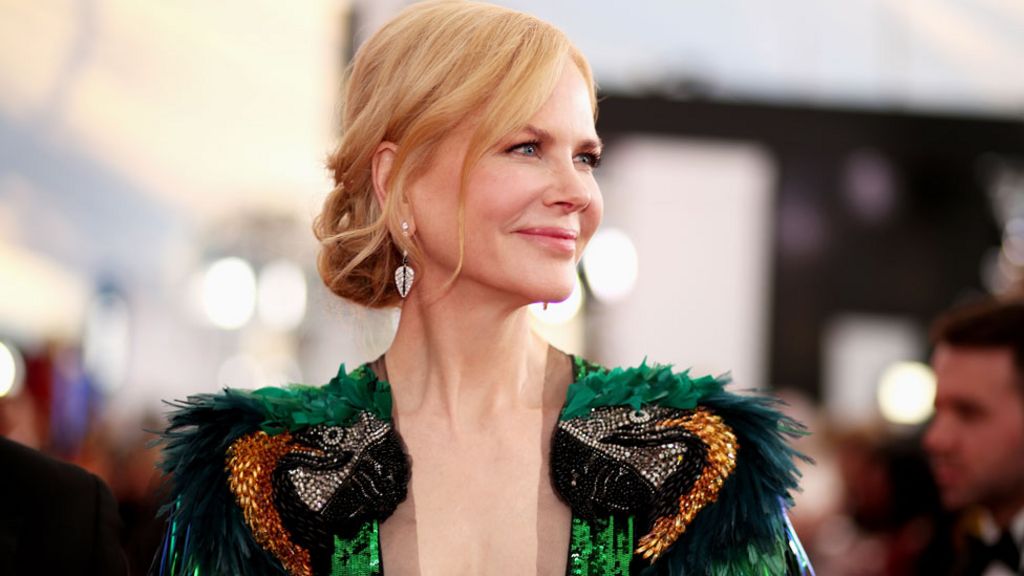 Politically-charged speeches were the order of the day at this year’s Screen Actors Guild (SAG) awards, with many attendees choosing to speak out against President Trump’s controversial immigration ban.

Yet that wasn’t the only talking point at the Los Angeles ceremony, which also saw some more light-hearted moments, the odd surprise – and more than one fashion catastrophe.

Here are seven things that grabbed our attention.

The Oscar-winning star of Moulin Rouge turned heads on the red carpet by wearing two of them on her shoulders.

The Australian actress – who was up for an award for her work in Lion – frocked up in a green Gucci gown adorned with feathered parrot heads.

The dress saw her crowned by some media as the worst-dressed star at the event and quickly had people squawking in the Twittersphere.

“Every night in America should end with Nicole Kidman in a bird dress,” wrote Vanity Fair columnist Richard Lawson.

Will someone try to top her bold fashion choice at Hollywood’s next awards bash? After all, toucan play at that game.

Stranger Things actor David Harbour gave an impassioned speech when the show won its best ensemble award, calling on his fellow “craftsmen and women” to “battle against fear, self-centredness and exclusivity”.

But his thunder was stolen somewhat by the facial expressions sported by his co-star Winona Ryder as she stood beside him.

The 45-year-old went on to emote delight, amazement and confusion before raising her fist in what appeared to be a mock salute.

“Next time Trump gives a speech, make Winona Ryder stand next to him and translate for all of us through her facial expressions,” wrote the TV critic Emily Nussbaum.

Stranger Things’s success came at the expense of another highly regarded sci-fi show that had also begun the evening with three nominations.

The TV makeover of Michael Crichton’s Westworld ended up a bridesmaid though, missing out in all three categories in which it was shortlisted.

As well as missing out on the outstanding ensemble in a drama series prize, the show was also pipped to a stuntwork prize by Game of Thrones.

But the 44-year-old made light of being passed over, posting a humorous picture on Twitter of herself necking a bottle of champagne.